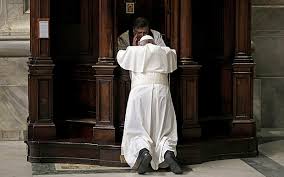 Don’t worry, this isn’t a tell all blog about all of my errors in judgment over the past 42 years, I try to keep my blogs PG rated and less than 10 pages in length, neither of which would be possible if I wrote a tell all blog. But it really has been 42 years since my last formal confession to a priest. 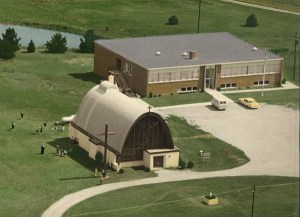 I have drifted away from the Catholic faith for several reasons that I won’t discuss here, and to be frank I don’t miss the early masses, Sister Christine giving me the Vulcan death grip for some teenage mischief, or the awkward confessions, but I do miss the close-knit community of our small Catholic parish, Immaculate Heart of Mary, in rural Kentucky.  We were a village to borrow a phrase and everyone pitched in to help each other get by and to make the parish a success.  Some volunteered to clean the church, others like my mom to clean the priest quarters, some to mow the church grounds like my dad, and others provided food and clothing to those in need. In the end, everyone contributed to the common good in some fashion. It was kinda like socialism before that became a 4-letter word.

To help cover expenses and pay down the debt to the diocese (who financed construction of the church and school) the parish held several fundraisers throughout the year and one of my favorite events as a child was the annual summer festival. It was an all hands-on deck event, and everyone played a role to make it a success.  The Boh and Tepe families traditionally ran the festival kitchen, frying chicken by the bushel and selling it to hungry festival goers.  It was a sweatshop frying chicken on a hot summer day in a kitchen without air conditioning, but they did it without complaint every year. The heavenly aroma of fried chicken as you entered the school cafeteria on the day of the festival is still with me today. Every time I go into Kentucky Fried Chicken, not that I go there often (I lied I go there a lot), the aroma triggers my mind back to those fond memories. They say that the sense of smell is one of the greatest triggers of memory and I think that is true. This was long before the days of “Artisan this, or bourbon infused that, it was just good juicy Kentucky fried chicken. The Acree family ran the donut booth outside on the festival grounds and it was equally hot work.  Nothing like the smell of freshly made donuts sprinkled with powdered sugar to get a young child to drool.  My dear mother Mary and several of her friends ran the Country store, which was basically a booth of crafts and sweets handmade by the moms in the parish. You could buy a nice quilt and some candy for your sweet tooth. My brothers and sisters would sometimes help out in the Country store booth and sneak an occasional piece of candy. I don’t remember if I covered that in my monthly confessional, “Bless me Father for I have sinned, I stole a 2-cent piece of licorice from the country store booth.”

The Bushelman’s operated the dart booth that gave away toys for tickets you earned popping balloons with darts, which as a young child was my favorite venue. Every year my siblings and I took our life savings (at that point about $9) and bought darts by the handful to throw at the balloons to win prize tickets, 3 darts for a quarter.  All spring we practiced throwing darts in the basement to get ready for the big event each year, only occasionally sticking a stray dart in one of our siblings, (I promised it slipped John). The more balloons you popped with well-aimed darts, the more tickets you earned and the better toys you could claim at the end of the night.  It was like Christmas in July and it was a big deal to the Westermeyer kids.  Since we were a family of 8 kids our Christmas bounty was a bit slim some years, so at the festival we were laser-focused, like deer hunters in hunting season. I won a GI Joe one year and it was my prized possession until my brothers used it for .22 target practice. GI Joe was a wounded warrior after that, hopefully the VA was more efficient then.

My second favorite booth was the nickel toss.  This booth contained an array of various style dishes and glasses stacked in a tantalizing pyramid and if you tossed a nickel and it landed inside a dish or cup and stayed in it you got to keep it.  There were also cash prizes ($5 or $10) if you managed to land your nickel in a shot glass, but otherwise you got to keep what your nickel landed in. My siblings all loved this booth and we saved nickels all year long just for this.  Over the course of the night we would empty our sagging pockets of our nickel collection and win an odd glass, or mug, or saucer, and at the end of the night we would present this collection of misfit dishes to my mother, like flowers on Mother’s day. She graciously accepted them of course, like new found treasures. Because of this, at our home, we did not have a full set of any dishes, but rather our cupboard was full of an eclectic assortment of mismatching cups, mugs plates and saucers all courtesy of the annual Immaculate Heart of Mary summer festival.

There were also raffles and gaming wheels going clickety clack all night long, like Wheel of Fortune reruns ad nauseum. It was a carnival like atmosphere with bright lights, loud music, and barkers walking around trying to sell you raffle tickets like you were at the State fair or a P.T. Barnum circus. At the end of the night the losing tickets covered the ground, like confetti at the end of a New Year’s Eve celebration.

No festival would be complete without alcohol (us Catholics like to drink) and the big money maker for the festival was the Weidemann’s beer truck.

In those days they didn’t card much, especially if the seller recognized you as a parishioner, so in my latter misspent teen years I often made my contribution to the Church fund at the beer truck, it was my own way of giving back. There was always a line and it did a brisk business. Manning the tap was God’s work, and the servers got free “samples” to ensure the quality of the beer met the highest of standards. My dad was a regular customer at the beer truck, and he and his cronies circled the beer truck, like flies around a garbage can. Those working the festival also got their share of free beer and my Dad often drove the hay wagon ride to earn his commission.  Which all sounds good, until you think about him drunk as a skunk, driving a hay wagon loaded with kids around the lake on the parish grounds. Thankfully there was never an accident, and no one was ever injured, unlike his many adventures driving home from his favorite bar Traders.

Always close to the beer truck was the Boitman brothers and their festive German band playing polka music all night long. Many of the parishioners were of German heritage and it only seemed fitting to have a polka music playing while drinking beer. I can still hear the oom-pah of the tuba in my head like it was yesterday. The festival was in fact more like an Octoberfest than a traditional summer festival and with the men barking out winning raffle numbers and the gaming wheels going clickety clack and lights streaming around all of the booths it was an exciting carnival like atmosphere. It was the highlight of every summer, and it was my community.

Another big event was the annual Auction were parishioners brought in items to be auctioned off to make money for the parish. There was a lot of unwanted junk but there were also a lot of collectables like depression glass and pottery.  What I would give to travel back in time and buy up all of the Roseville and Rookwood pottery for $5 each. The auctioneers were silver tongued devils with an amazing verbal and visual acuity, spotting bidders like a hawk spotting a mouse a hundred yards away. The bidders themselves often had a personal sign to show their interest in an item. Some would simply raise their card, but the experienced bidders would pull their ear, or touch their nose or use some other unique signal. You had to be careful not to inadvertently scratch your nose or you could end buying the Karlosky’s used washer and dryer set. The whole event was liking watching a maestro lead an orchestra, it is an art form of the highest caliber.  Usually the church hosted a rummage sale the same day and often my mother helped run that event.  Parishioners brought in unused old clothes and the church sold it for a nickel or quarter each, or a $1 a bag. At that price no Kohl’s cash is needed. My Mother ran it every year to get the first pick of the clothes for me and my siblings and she would haul home several bags of clothes for us.  It’s how we got “new” clothes. So next Monday at school we would all arrive wearing “new” clothes, and occasionally one of the other students would look at me and say, “hey that’s my old shirt”. I didn’t care, it was new to me. Little did we know that we were 30 years ahead of our time buying retro used clothes.

The church also ran an elementary school that I attended, along with all of my siblings. Some of the teachers were nuns while others were Lay people. It was like other elementary schools in many ways, but also different.  The girls had to wear uniforms which were blue plaid skirts, while the boys wore dress pants, a collared shirt and a tie. Most of the boys wore string ties because they were cheap, and you could get it on and off in about 3 seconds.  It was also the first thing I grabbed for when I got into the occasional school fight, usually with Tony Poole. We played soccer at recess and he was as competitive as I was. One thing unique to a Catholic school was our class on religion which meant that some other topics must have been dropped or cut.  Judging from my poor grammar skills I suspect it was the English class that was shortchanged. But in hindsight, there are much more important things to learn than math and grammar, like humility, integrity, the value of a hard day’s work, and to care for your fellow man.  It’s those traits that are lacking a bit in today’s society where you are judged not by your contribution to mankind but rather your latest selfie or Tweet. So, bless me father for I have sinned, but I look back at those days 42 years ago at Immaculate Heart of Mary parish with some fondness. We were all poor in material goods but rich in humanity.

The accompany song/video for this blog is “Losing My Religion” by REM, which isn’t about what most people think: https://www.youtube.com/watch?v=xwtdhWltSIg